Amsterdam, an hour and a half outside of Belgium via the high speed Thaylis train which meant that by 10:30 am, I was touring the famed canals! 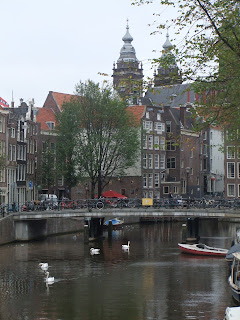 If there’s one thing that I love about Europe it’s the close proximity of the neighboring countries. An hour and a half and I could have also visited Paris! So I spent the day walking Amsterdam, I checked out the Red Light district where the girls seemed to be just waking up, I walked through the Greenlight district, streets lined with Amsterdam’s famed cafes AND I walked along the areas surrounding the canals visiting the famed Bloemenmarkt a Dutch flower market that has been in operation since the 1860’s. 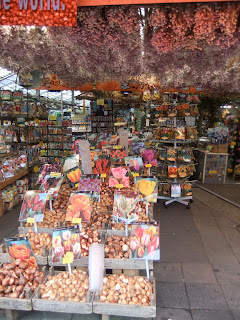 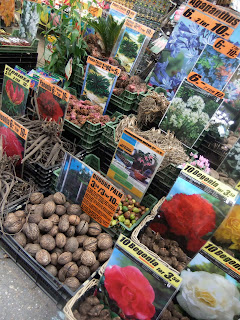 The Bloemenmarkt is filled with flower bulbs for sale, stall after stall selling one of the most well known Dutch export, TULIPS. Also near the Bloemenmarkt were several Dutch cheese shops, where you can be damn sure I visited and tested tons of samples. 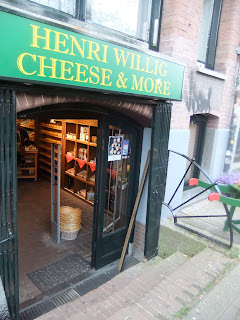 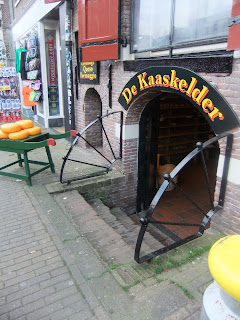 Holland has lush countrysides and that means LOTS of room for grazing cows & sheep and THAT = AMAZING cheese, making Holland the largest exporter of cheese in the WORLD.  I came home with wheels of aged gouda, herbed cheeses and traditional goat’s milk cheeses. YUM.  In fact I chatted with the store keeper for a bit and she informed me that Henri Willig actually has a distributor in New York, so if you want to try some lovely herbed cheeses yourself, check their website http://www.henriwillig.com/ 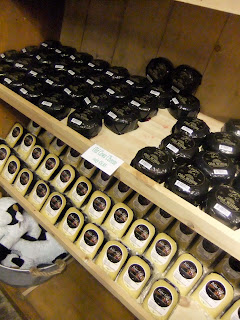 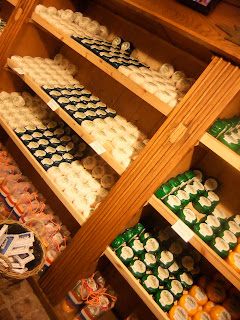 I left Amsterdam with souvenirs and CHEESE, is there anything better than that?! Throughout the week, I got my business on. During one business dinner by the Grand Place back in Brussels, I decided I was going to be brave and try a typical Belgium herring dish. 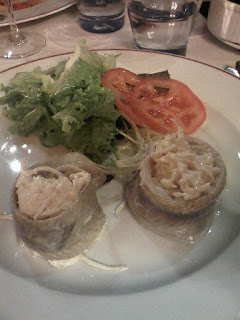 The conversation in my head went something like this “maybe your palate as a kid was limited, BE AN ADULT and try it! Andrew Zimmern would eat this NO problem”. Well I got my dish, tried a mouthful and almost threw up. I spent the remainder of the night pushing the food around the plate staring at my coworker and her lovely lobster dish. By Friday and I had the evening free to take one last stroll through my Brussels neighborhood. I headed straight back to the St. Catherine Church area the former fish market, for some Belgium moules to a restaurant that came highly recommended. Le Vistro. 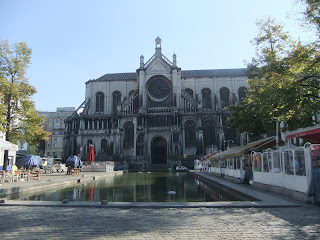 They had a few price fixe options so I went with one of those which included the house specialty moules St. Catherine- which were mussels served with a beautiful red sauce, topped with cheese melted in the broiler and a dollop of green sauce that was PHENOMENAL. I easily could have put back another plate of these- the moules were perfectly cooked and the combination of the green sauce with the marinara was delicious. After my moules, I decided to get a lovely braised beef served with frites and a perfect sauce- here in Belgium is where you really get to see French cooking at its best, the sauces some of the most complex and well balanced that I’ve EVER had in my life. 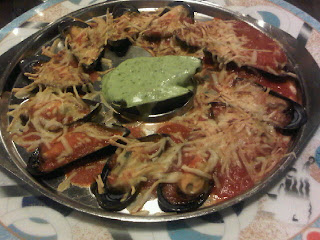 With my dinner I had a glass of a local Flanders red ale, Duchesse de Bourgogne, with lovely fruit notes of cherry and grape with a slightly tart finish that was perfect with my heavy beef dish- it all created a massive foodgasm! Since it was my last day there, I decided halfway through dinner that my dessert was going to be a giant Belgium wafel. So as I strolled back through the Grand Place, I stopped at one of the wafel windows and got a fresh whipped cream, chocolate and strawberry wafel. The toppings so ridiculous that I couldn’t even find the wafel under there. I’m sure it was about a million calories, but I had to! When else are you going to have the opportunity to have a Belgium wafel IN Belgium? 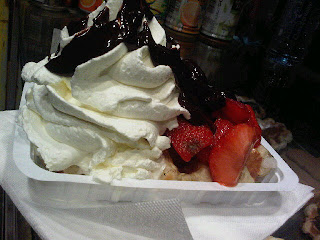 And the caloric intake was completely worth it. I finished my night and went home to pack for my flight back. I had a fantastic time in Belgium & in Amsterdam. I would definitely visit again, generally easy to navigate, friendly people and great cuisine.
Posted by Denise at 6:34 AM