(and Ghent & Antwerp & Amsterdam)
Part I
Once again this month, my work has taken me to Europe- more press events, more traveling.  Not that I’m complaining.   Leaving New York city during its prime fall weather did prove a bit of an arm twist this time around.  Checking weather.com as I always do when I’m traveling told me that the weather in Brussels this time of year was cold and crisp, so I packed my coats, scarves and closed toe shoes and headed over.  Landing in Brussels airport, the weather was anything but fall-like it was about 90 degrees and humid, what the hell?  Exhausted from my over night flight, my agenda in Europe is always the same, check into hotel, nap until about noon or one and force myself out of bed to adjust myself to the time difference.  Second thing worth noting, besides weather.com lying to me, Europeans are not that into air conditioning.  When I get into my box of a room, ready for some prime-time napping, it’s about 100 degrees in there with NO window.  I called the front desk only to have them tell me that the air conditioning is broken which I believe to be complete bullshit.  Most hotels in Europe don’t even have air conditioning.   Anyway, after sweating it out for a few days, I did my usual city exploring.  Luckily for me, my hotel was located near the Grand Place, the central square of Brussels, home to the city hall, several craft guild halls, and also near the Manneken-pis, the most recognized symbol of Belgium. 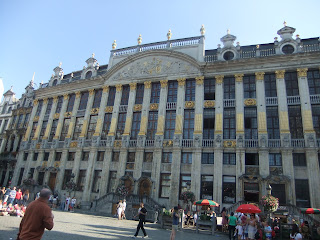 The Grand Place has become known throughout Europe as one of the finest examples of center square architecture. 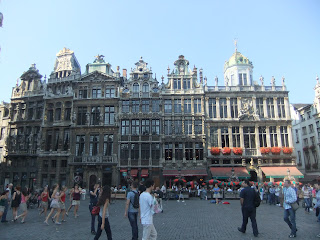 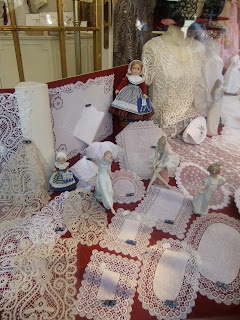 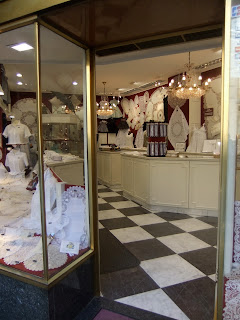 Also off of the streets of the Grand Place is the famed Manneken-pis, which by the way is a tiny statue of a young boy, peeing, the like of which wouldn’t be out of place in your backyard or at least in the backyards of some homes along the South Shore…. But you would think this statue was of epic proportions, the way that it’s iconosized! I was expecting the statue of Liberty, the NATIONAL symbol of Belgium, tiny, surrounded by massive throngs of people, and wearing what I believe to be a pimp suit?  I know that the statue is typically dressed up for certain holidays, to much fanfare nonetheless, but really?  I was kind of non-plussed.  But I did find my way around to much of the above mentioned food fare. 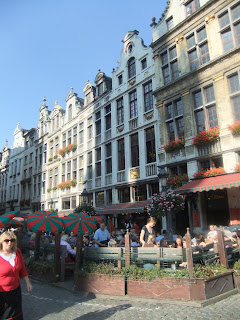 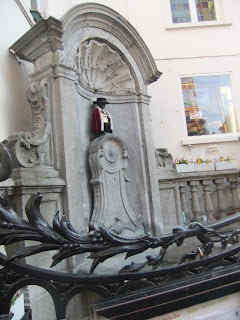 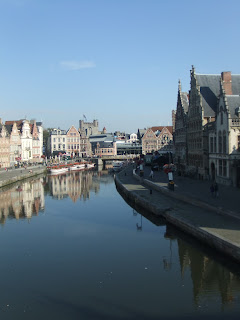 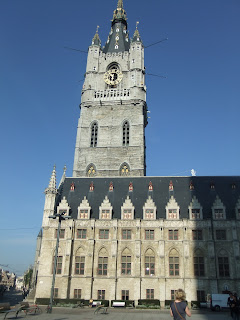 After Ghent, I headed out to Bruges which is a Flemish city that has become known as a bit of a tourist destination, the “Venice of the North” but drips with European charm, beauty and history nonetheless.  In Bruges I started by the Begijnhof or old convent and walked through its garden to the famed Minnewater or “Lake of Love” known for being a romantic spot due to its picturesque nature. 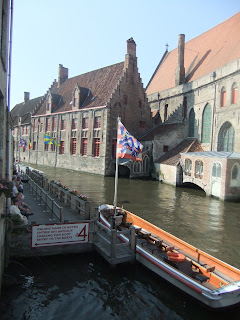 Narrow cobblestone streets, meandering canals and whitewashed houses make Bruges one of Europe’s most visited medieval cities.  I roamed around the city on foot, visited the central market, got ambitious and decided to climb the 366 winding, narrow stairs of the 13th century belfry. 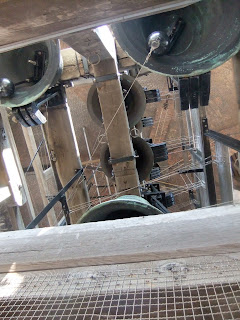 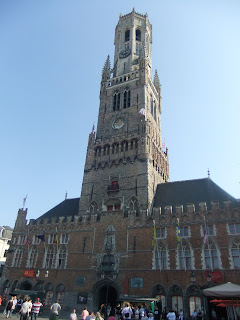 Which after a sweaty ascent, its 48 massive bells decided to go OFF! Dazed, out of breath and minus a decibel or two of hearing, the view from the top was WORTH it.  The rest of my trip was marked by sore quad muscles…. After the belfry and central square, I wanted to head over to the Heilig-Bloedbasiliek or Basica of the Holy Blood, a 12th (!) century Roman Catholic basilica that houses one of the holiest of relics, a phial said to contain cloth with Jesus’ blood.  The relic was brought to the city after the second crusades and supposedly liquefied up until the 15th century when the miracle stopped occurring.  The relic was actually on display and I got to look at it up close and touch it- VERY WEIRD.  After all this activity I stopped at a local restaurant and filled up on some beer braised beef, frites and dark local Belgium beer, a really nice lunch that gave me the energy to press on. 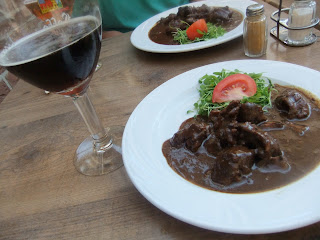 I spent the rest of the day roaming the city, visiting its chocolate shops and churches, it was all really lovely. 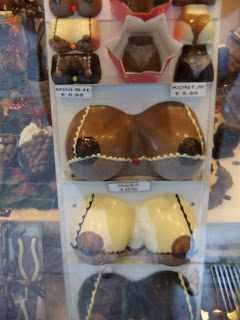 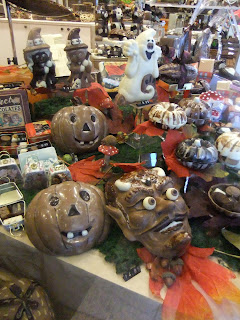 The next day I decided to take a day trip to Amsterdam. To be continued...
Posted by Denise at 3:40 PM